Three-dimensional Sketches in Light and Air

George Popa is passionate about things that move, such as aircraft, boats, trains, and animals. They serve as inspiration for sculptures unlike any others: here no clay, plaster or terracotta ... but stainless steel wire!
- Voyez! Magazine - Translated
Have an idea? Run it by me, and let's see what we can come up with together.
Let me know the event and your budget, and we will come up with an idea together.
Custom orders are always welcome! 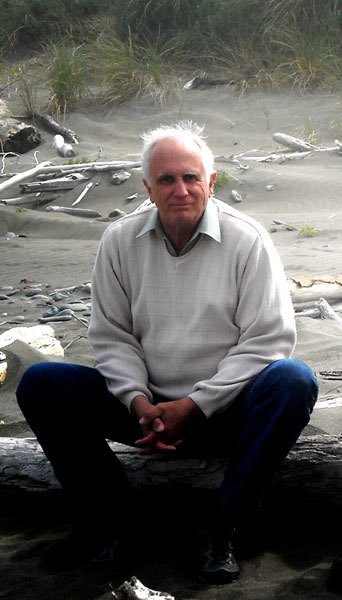 My work expresses a childhood fascination with moving things that I have never lost. Early on I began to build small airplanes and boats with simple materials to resemble images I found in The Book of Knowledge Encyclopedia. As I progressed to the design and creation of functional model airplanes, I learned that ugly airplanes don't fly well - an important lesson in the relation of elegance to function which accounts for the beauty found in nature and in the best of technology.

My sculptures are three-dimensional sketches which I create using stainless steel wire and silver solder, while trying not to burn myself in the process.

I created my first sculpture as a gift for a friend who had everything. That friend directed me to Don Conard Mobiles in San Francisco, where I became one of several principle artists to contribute to the gallery over a period of 14 years.

My major works include a large model of the ship "Cutty Sark" commissioned by the San Diego Maritime Museum. The New York Yacht Club presented my model of the two-time America's cup winning yacht, Intrepid to the captain who first skippered it to victory, Bill Ficker.

My sculptures have included: